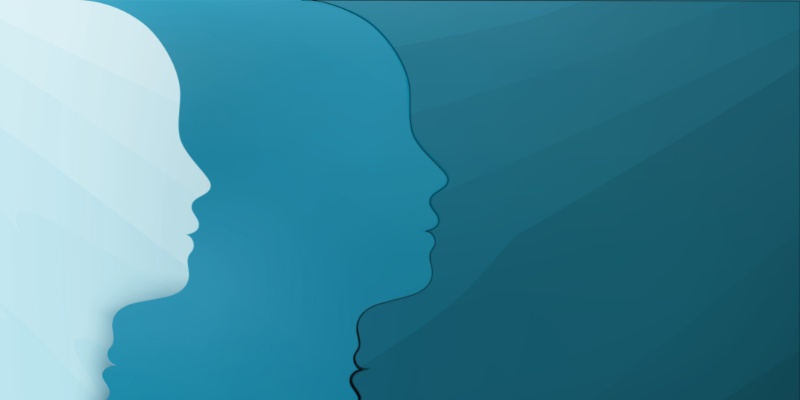 On Monday night, a very interesting episode of ABC’s Q&A was on; it was a special edition of Mental Health Week, and the panel consisted of psychiatrists, mental health advocates, and industry professionals. One thing that was discussed at length was the stigma attached to mental health. Sadly, there is still a stigma because so many have issues in this department. Why is there a need to feel so alone when millions of Australians are in the same boat? Mental health week is an initiative of the Mental Health Foundation of Australia, and October 10th is World Mental Health Day. I have some friends who bravely share their mental health experiences. I applaud them for doing so because we can reduce the stigma through sharing our stories – so here I am, sharing my mental health story with you.

I don’t share my story that often. When I was younger, I thought people would judge me for it. Now it’s because when each ‘down’ phase passes, I have a lot of other things to focus on health-wise that take my attention – until recently, that is. I have had an off-and-on relationship with depression and anxiety for most of my life, though I only officially met anxiety a couple of years ago; it had always been there. Depression and I had flirted a lot and had a very serious relationship when I was a teenager. I was hospitalized with severe depression in a psychiatric facility and commenced on anti-depressants.

It was an interesting time, I was quite unwell and unable to function properly, but the facility I was in, on the adolescent ward with other teenagers like me, was a different world. It was our safe place, our haven from the outside world. No other place felt as safe as my bedroom when I went home again. We felt like nobody else understood us, like we understood each other. We could joke about it all because we understood laughter is a balm for the soul – even though outsiders thought we were morbid. We accepted each other for who we were, even though we were all different and had different diagnoses and issues. We became a family for a short time.

Returning to the ‘normal’ world was hard. I had lost a very close friend because he couldn’t deal with what I was going through. He stopped talking to me, wouldn’t answer or return my calls, and then ran away from me at school when I returned for one of the last days of the year. It was devastating. Teenage behavior can be so hurtful and unnecessarily cruel. I guess it’s because they can separate themselves from their actions and the impact their actions have on others, thus negating any responsibility for the hurt they cause. Sadly some people don’t develop emotionally and socially past that point even when they reach adulthood, so petty and spiteful behavior that should have been left behind in the schoolyard continues.

The anti-depressants I started on in the hospital made me agitated, and I began self-harming. I had never thought of doing it before I started on them. Research has shown that that type of anti-depressant significantly increases the risk of self-harm in adolescents, so it is no longer recommended for them. I was lucky that my scars were not very deep. After they healed and faded, you couldn’t see them if you weren’t looking – but I could always see them and felt they were obvious. I was ashamed of them, they reminded me of a part of my life I left behind, and I felt people would look at me differently if they noticed them. I was able to cover them with a beautiful tattoo which makes them pretty well invisible and gives me something lovely and meaningful to look at.

For the last 5 years, my worst health years, I have gotten by pretty well on my own, but now I can no longer do so. Everything has taken its toll, and I am having trouble coping. I am finding it difficult to fully enjoy fun things for a long. I dwell uncontrollably on the bad things or what could be anxiety, and I have become much better acquainted. I am struggling with my creative side and have become more reflective than usual. I have very little motivation to write or make things that are made harder through medication changes and my overall state of health.

So I spoke to my GP. It was a difficult decision, but I am glad I made it before I went further down into depression like I did the first time. I can still walk and talk, I can still hold a conversation, I am not experiencing hallucinations, and I can still feel emotions – this is different from last time. I am in control. I made a choice to seek help, and I made a choice to begin taking medication. I have noticed some improvement, but it is a work in progress.

There is so much grief sometimes it feels like you are drowning in it, it’s hard to imagine there would be no feelings of depression, but that doesn’t necessarily equate to a person being clinically depressed.

The fact remains, though, that mental health goes hand in hand with physical health; it affects our overall well-being and can exacerbate symptoms – for example, Dysautonomia is hugely affected by stress and anxiety because of the involvement of the autonomic nervous system and fight and flight response. It may not be the root cause of an illness, but it can contribute significantly. Those living with chronic illness, particularly illnesses that fluctuate in severity or are progressive, are at higher risk of developing depression and anxiety. Beyond Blue have a handy online checklist you can fill out if you have any concerns about your mental well-being. It takes 1 minute to complete.

There is a stigma surrounding some invisible disabilities in the medical community, almost as much as mental illness. This is because the underlying issue is not visible or easily understood, making it a little scary for some healthcare practitioners who would prefer to believe they do not actually exist rather than step into a world they do not know and admit they are unprepared. Giving something an incorrect label is easier than admitting “I don’t know.”

In the invisible illness community, we hear of many people coming up against this attitude in the medical system, which are then misdiagnosed with mental illness. They have had themselves and their underlying conditions dismissed as anxiety or depression when this was not the case. Those misdiagnosed sometimes lead to inappropriate treatment and ongoing issues with symptoms being taken seriously or looked at from a different perspective. They failed the people diagnosed with them, which meant their fight for appropriate treatment and diagnosis was much more difficult. We don’t need that; we need better education and awareness of complex, chronic conditions and conditions that are not as commonly diagnosed.

On the other side of the coin is that once these diagnoses have been made, the person is often left to fend for themselves. If a mental illness diagnosis is made, that should surely be followed up with effective and appropriate treatment. Why are people with mental health diagnoses being dismissed and sent out independently without the support and no follow-up?

According to the Mental Health Foundation of Australia: 1 in 5 Australians will experience mental illness in their lifetime. That’s the same statistic as people living with a disability – millions of us. But the healthcare system in Australia fails many people living with mental illness and complex, chronic, or rare conditions because it is not properly equipped to help them. It needs some change!

Mental health week and Mental Health day are steps towards those changes, increasing awareness and removing the stigma – sharing our stories is an important part of that.